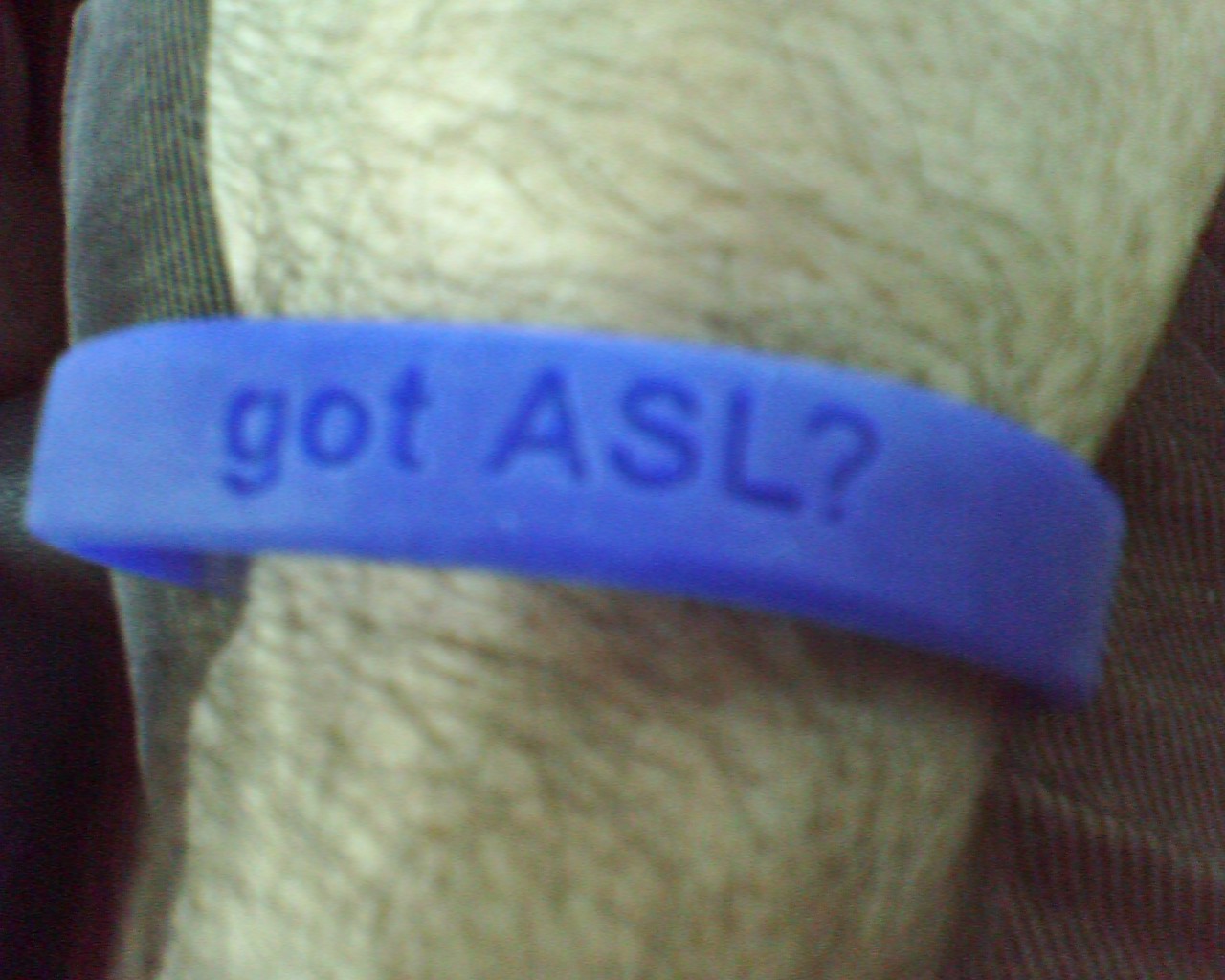 I’m here in San Diego for the Conference of Interpreter Trainers (CIT) conference. We’re all wearing this wristband (pic above) to remind us all to communicate in ASL out of respect for the language at the center of our work and for our deaf colleagues who taught it to us and continue to teach it with us. I came here to learn more about training ASL interpreters. The first night I was here, it was exciting to see some of the grand dames of ASL interpreting, including: Sharon Neumann Solow, Betty Colonomus, Anna Witter-Merithew and Theresa Smith. I also saw Dennis Cokely, co-author of the “green books” and theorist of the “Cokely Model.” I saw a couple of more recent famous workshop presenters: Julie Simon and Robyn Dean. Past President of RID, Ben Hall, was here. I had the pleasure of interpreting his address to the RID Western Regional Conference in Boise, Idaho back in 2000.

Of course I also saw many of my old San Diego intereting colleagues, including RID president Angela Jones and RID Region V Rep Rob Balaam (who moved to San Francicso in 1993 but used to work with me at San Diego Mesa College), Melissa Smith of Palomar College, who mentored me in theatrical interpreting back in 1994, and Jean Kelly, author of Show Me the English, who mentored me way back in 1993 and taught me how to “show ’em the English” and helped me earn my Certificate of Transliteration (CT) in 1999.

It was a real treat to watch a magic show put on by kids from California State School for the Deaf, Riverside. They entertained us on Wednesday night. After that, it was a hoot to watch Rowdy Vision, a troupe of three deaf actors/comedians led by Jon Savage of lenois.com.

It’s an invigorating and stimulating time! More to come later. 🙂

4 responses to “Conference of Interpreter Trainers in San Diego”