I don’t remember the scholar’s name, but she was a black woman who substitute taught at our school (the Mabel E. O’Farrell School of Creative and Performing Arts in Southeast San Diego, which was a black neighborhood) one day in AP English in 1985. Although her last name escapes me, I remember when she introduced herself she said she was “Doctor [so-and-so]” because she had earned her doctorate studying what she called Black English Vernacular (BEV). Funny the things I remember from 35 years ago!

I recall how she explained that there was no voiced th (eth) sound in the African languages the slaves spoke, so that is why they said “dem” and “dey” and why black people still do to this day— or at least still did in 1985, when she gave us her marvelous lecture. She also explained that if a girl says “When my daddy come home, he be tired,” the girl is using the verb to be in its habitual aspect, which slaves learned from their white enslavers in the 15- and 1600s. She also explained how “I done been sick” means “I have been sick in the past but I am no longer” and “I been sick” means “I have been sick lately and I still am.” What she told us is that BEV is not English without rules; in fact, its grammar — influenced by that of the English, Dutch, and Scottish white settlers and slaveholders — has even more rules, including some tenses it might be nice if present-day English had. Funny thing is, all these decades later, the “[pronoun] be like [refer to picture]” meme is all over the Internet to be appreciated by — and proliferated by — not just black people but everyone.

I may have forgotten Doctor lady’s name, but I have never forgotten her pride in her studies and her culture, and her generosity and motivation in sharing them with us so that we could appreciate more about our own language and that of the people we live with. This is my last-minute, leap day Black History Month recognition of a scholar who taught me a lesson I have never forgotten.

Thank you, veteran, for your sacrifice and service!

Went to the Different Pointe of View restaurant again with my husband, dad, and a friend of his. Enjoyed the delicious food, elegant atmosphere, and gorgeous view. 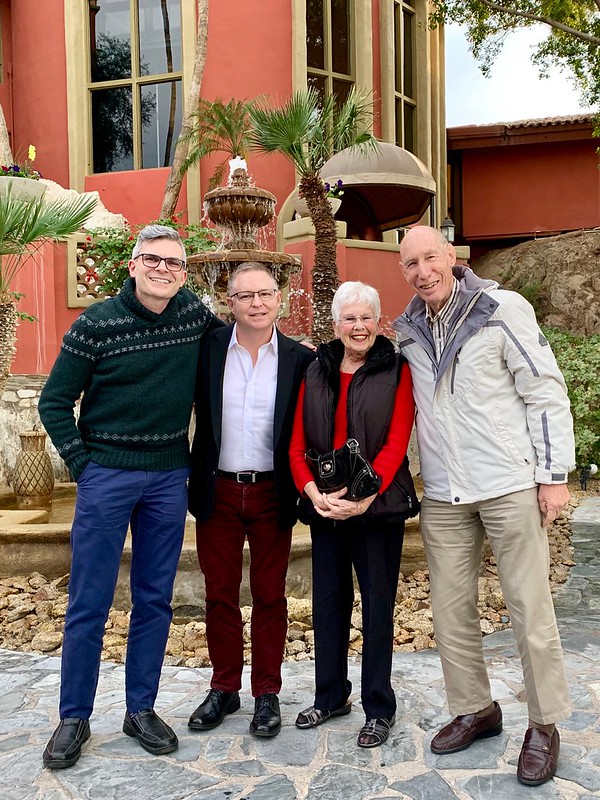