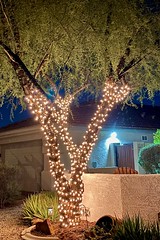 I do not see how #ChristianRivera's immigration status is relevant to #MollieTibbetts' murder. I'm disappointed how @ABCWorldNews, @abc15, & others have told the story.

“You see that whenever they’re exploding their cannons into the ocean, right?” Trump said at a news conference after the summit. “I said, ‘Boy, look at the view. Wouldn’t that make a great condo behind?’ And I explained, I said, ‘You know, instead of doing that, you could have the best hotels in the world right there. Think of it from a real estate perspective.’”

Based on the hype and misunderstanding I see on the links people post on social media, and the way some media outlets distort the truth, I am concerned that many people don’t think to look past headlines to read actual stories— and to seek out primary sources. Case in point: if you only read the headlines last week, you might think the entire University of Tennessee, Knoxville (UTK) banned the words male and female. I did not believe the hype, so I took it upon myself to read past the headlines. This is what I found from an article in The Washington Post:

“Use of racist, sexist, homophobic, transphobic, xenophobic, classist, or generally offensive language in class or submission of such material will not be tolerated,” professor Selena Lester Breikss’s syllabus read. “This includes ‘The Man,’ ‘Colored People,’ ‘Illegals/Illegal Aliens,’ ‘Tranny’ and so on — or referring to women/men as females or males.” (Breikss, 2015 as quoted by Moyer, 2015)

Notice it was only one teacher saying that the words male and female would not be tolerated, and only when used as nouns, not as adjectives. I am sure many teachers would not want students to refer to people as adjectives, just as you might not want somebody to call a blind person “a blind” or a deaf person “a deaf.”

I am not a fan of banning words, but I do believe teachers should prepare their students to be writers in the workplace. Stylebooks of publishing houses and influential associations such as the Associated Press (AP) Stylebook and American Psychological Association (APA) all have words they deprecate. Another teacher at UTK writes this in their syllabus in “A Note on [In]appropriate Terminology”:

Not “illegal alien” or “illegals” but “undocumented” migrants/immigrants/persons. Note that the Associated Press (AP) has determined not to use it: ‘The Stylebook no longer sanctions the term “illegal immigrant” or the use of “illegal” to describe a person. Instead, it tells users that “illegal” should describe only an action, such as living in or immigrating to a country illegally.’ (Fowler, 2015 as quoted by Moyer, 2015)

One may or may not agree with these professors, but it behooves one to cut through the hype and read critically to see what they actually said.